You have 0 Documents collected. Go to My Documents

The Historic Centre is the oldest part of Mexico City and it also contains some of the country’s most valued cultural treasures. The Centre, as it is called by the city’s inhabitants, is an area of streets which invites the people to return to the past and to remember its times of splendour, times in which viceroys and other high-ranking officials travelled in horse-drawn carriages, while merchants, monks and nuns and craftsmen made their way through the famous and beautiful streets of the "City of Palaces".

In the Historic Centre of Mexico City you can find true architectural treasures, such as the Metropolitan Cathedral, which was built over three centuries and encompasses the various artistic styles of the vice royal era.

Just a few steps away from the Cathedral is the National Palace, seat of the Mexican Government, and the City Hall of Mexico City, which face the main square Zócalo, Plaza de la Constitución. It is the world’s second largest square after Red Square in Moscow.

The HAURATON Slotted Channels were chosen for the surface drainage of the UNESCO World Heritage Site because they are integrated in the surface in an optically very aesthetic manner. Furthermore the system fulfilled with an easy installation and used all requirements of the Projects main critics for the renovation on the occasion of the 200th Anniversary of Independance and the 100th Anniversary of the Mexican Revolution.

POLITUBOS, the HAURATON Partner in Mexico, managed to win this prestigious project with an extra approval of the Institute for Anthropology and History because of the high aesthetics and durability of the offered solutions.

The following products were used for the renovation of this unique project: 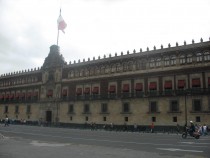 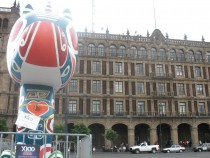 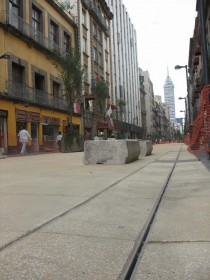 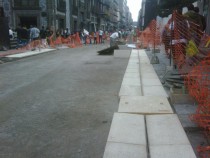 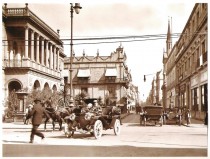